It’s been the craziest month of our lives! It has been packed full of exciting and fun times. Our wedding was nothing less then perfect and our honeymoon was more relaxing then I could have ever imagined. Thank you to all who came and made it truly special for us. We are all so thankful for all of you.

My life long dream (besides Bree) was to drive a Jeep… How about driving it for a week on an island!?!?

This was the view from our beautiful hotel room! It was amazing!!!

We hiked NaPali Coast and wow is all I have to say! We found and picked guava and mango right from the jungle and had lunch!!! Very Resourceful don’t you think?

We found this new toy in a hobbie shop and fell in love. It’s a trainer Kiteboarding kite! It will pull you around on a mountainboard/surf board/snowboard… More fun to come with this one (hopefully no hospital visits).

Our mission today was to track down and obtain a marriage license… today we sought, we endured, we conquered, and came away with our marriage license. All that is left is the ceremony! June 20th or bust!

So, Bree and I are having a blast with Bree’s mom now with us from Papua New Guinea for the wedding! She dove head first into wedding planning and we are SOOO happy that we have her expertise! She is the music editing pro! 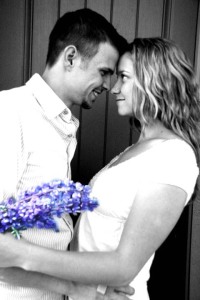 We can’t believe how fast time is moving. Paula, our wedding photographer, wanted to take us around before the big day to take some practice poses and snap shots. As you can see she is very talented, to be able to take our goofing around and turn it into something so beautiful.

The Surpise at Cornerstone 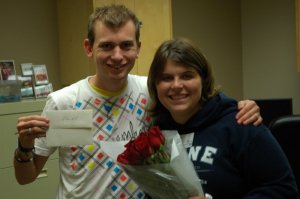 Getting ready for Dinner

Yup, it happened on Sunday Aug. 12th, 2007 and we could not be happier. Check out the proposal story below. Pictures will be posted soon.